Geographical Atlas of the Russian Empire, the Kingdom of Poland, and the Grand Duchy of Finland (Album or Collection) 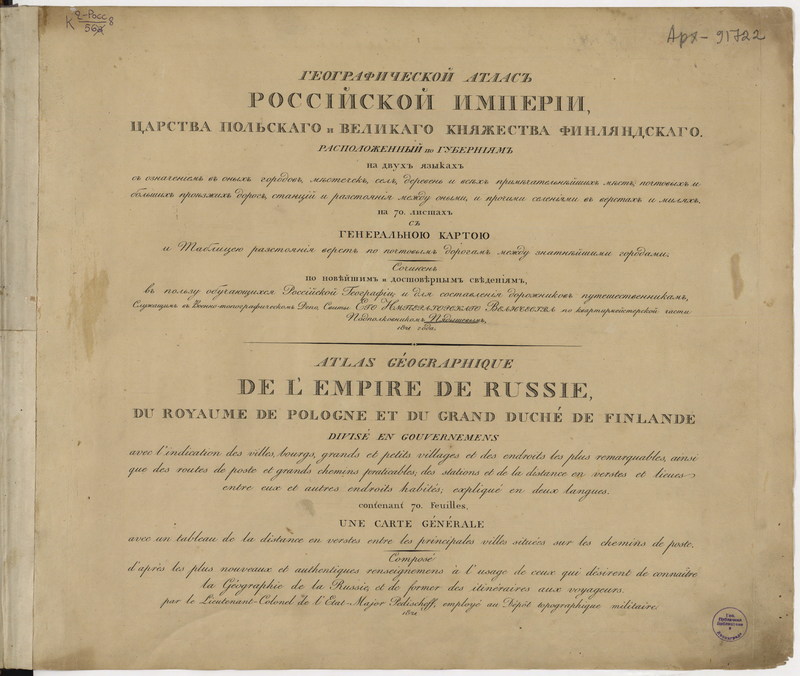 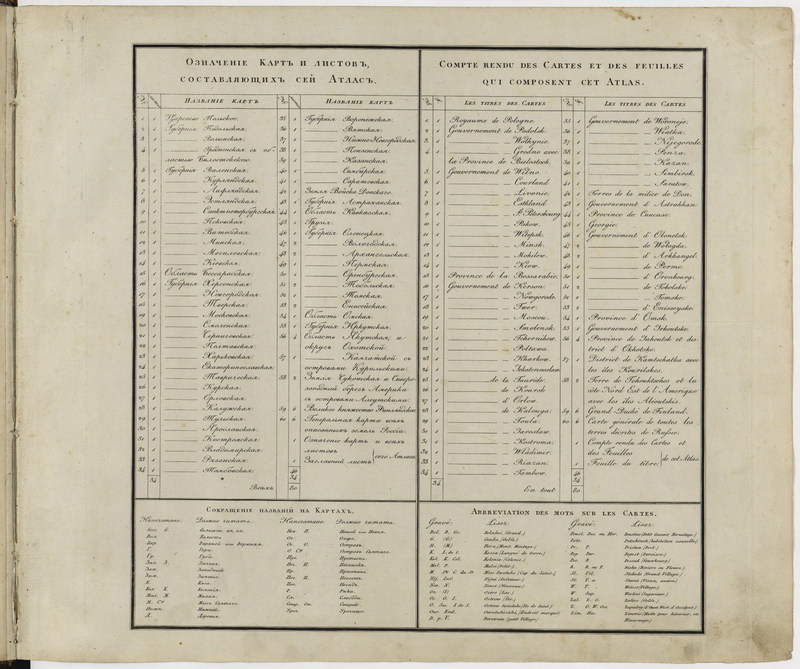 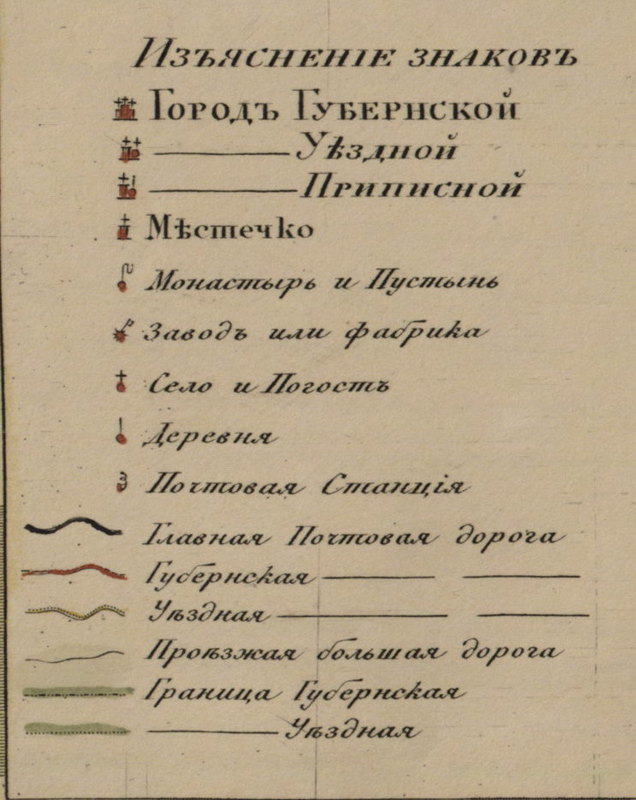 Geographical Atlas of the Russian Empire, the Kingdom of Poland, and the Grand Duchy of Finland

Full title: Geographical Atlas of the Russian Empire, the Kingdom of Poland, and the Grand Duchy of Finland: arranged according to province on 83 sheets, with designations for towns, settlements, and all notable sites, postal and transit roads, stations and distances between them and other settlements in versts: with a general map and table of distances along the postal roads connecting the most important towns, in two languages

The "Piadyshev atlas" serves as the foundation for the Imperiia Project. It was the first atlas of its kind, depicting - in modern cartographic terms - an empire that stretched from the Vistula River to the Pacific Ocean. It was produced by the Military-Topographical Depot of the Russian Army General Staff between 1820 and 1827. It underwent revision in 1828-1829, and was reprinted in 1834. This project uses the first printing.

The atlas is composed of 60 maps (including a general map of the empire). Digital images of all of them, with the exception of the general map, can be examined here. In order to render it legible to GIS software, the atlas has been georeferenced. For documentation and discussion, see "From Analog to Digital".

Print copies of the atlas can be consulted at the following institutions:


Digital copies of the atlas are available via